In co-operation with a colleague, I give two workshops:

A workshop on the planispheric astrolabe, a medieval astronomical instrument which shows the movement of the sun and some selected bright stars in the sky.  During the workshop, participants learn about the historical development and anatomy of the instruments and learn how to use the instrument by hands on exercises with a low-cost cardboard model of an astrolabe distributed to all participants. 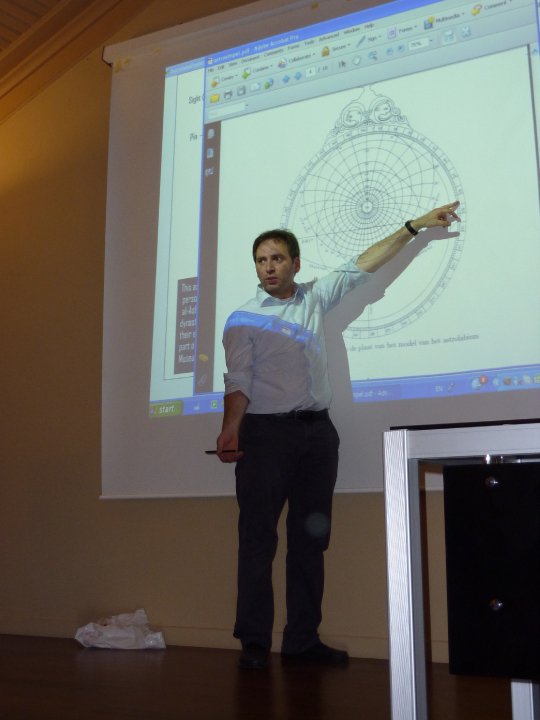 Workshop at the Museum for History of Science and Technology in Islam in Istanbul.

A workshop on the life, inspiration and works of M.C. Escher (died 1972), a famous dutch artist whose works on so called “regular divisions of the plane” were inspired by the beautiful Arabic geometric patterns on the walls of the Moorish Alhambra palace in Granada, Spain. During this workshop, participants learn the mathematical techniques that Escher used to make his works based on regular division of the plane such that the participants will be able to make their own Escher like drawings or will be able to recognize the mathematical techniques used in an existing work in Escher style. 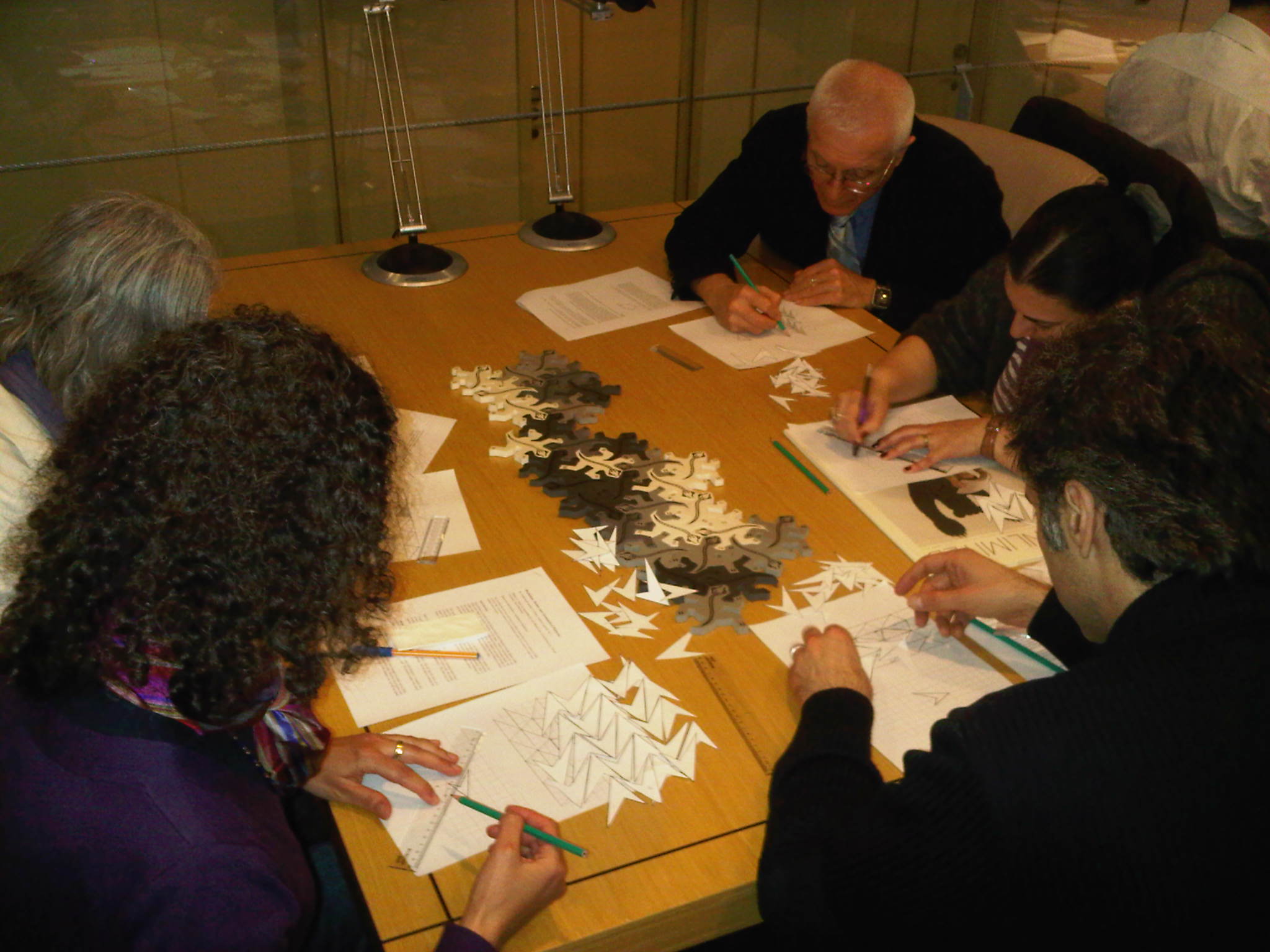 An Escher workshop in progress at the Netherlands Institute in Istanbul, 2011